We are going to configure referenced SRX box to send a sampling traffic data to its collector. Bear in mind that the above assumptions are indicating that the following steps might not be suitable for other SRX hardware or JunOS versions. In Junos OS Release 8.3 and later, you can collect a record of sampled flows using the version 9 format as defined in RFC 3954, Cisco Systems NetFlow Services Export Version  9. Version 9 uses templates to collect a set of sampled flows and send the record to a specified host.

So prior to starting configuring, lets understand what is going on behind the seen. PFE and RE are the Packet forwarding engine and the routing engine respectively. As depicted in the diagram, for any packet entering any interface, the sampling logic will trigger only for the marked packets and that will happen if the proper sampling filter is in place. 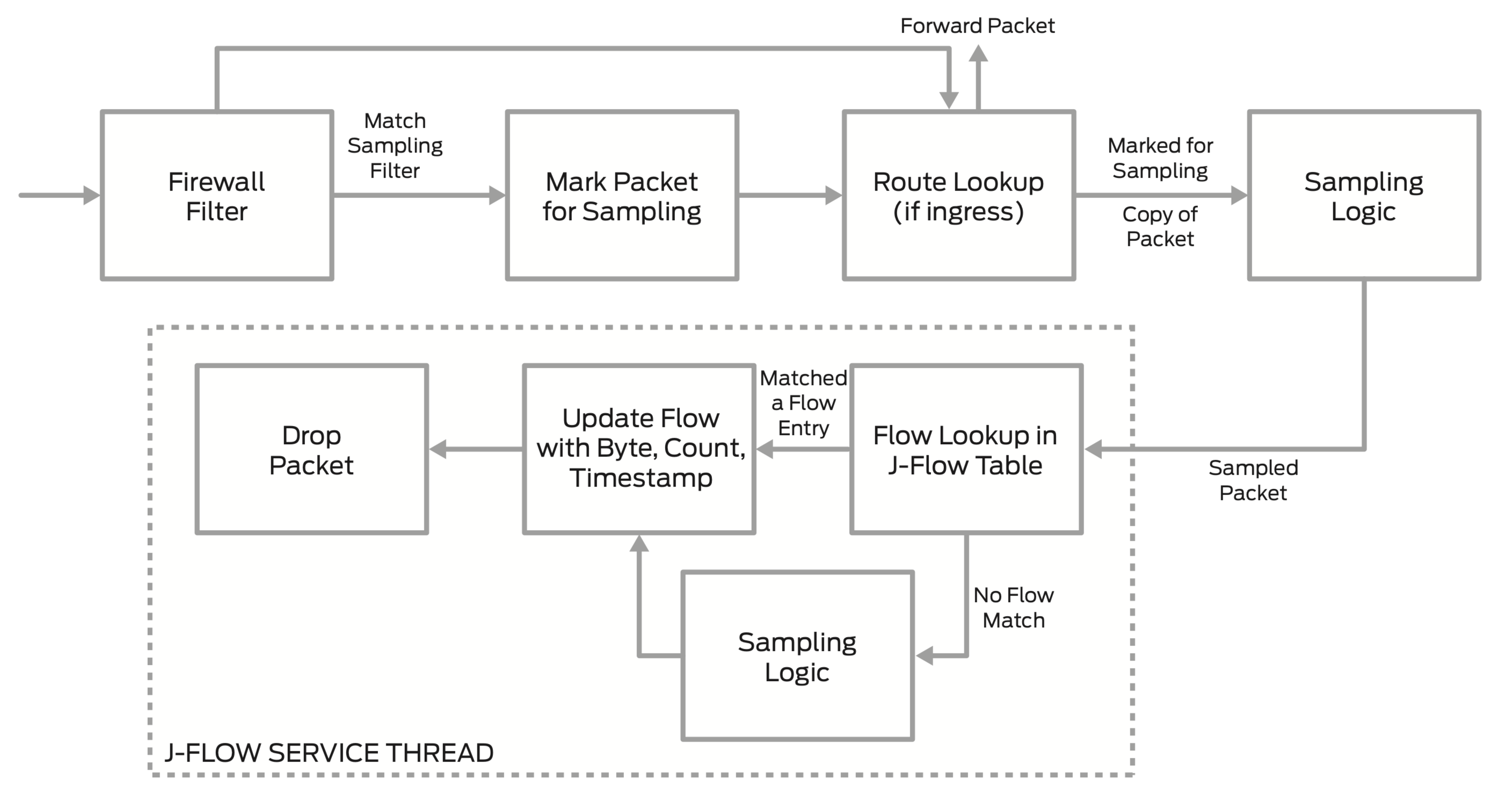 So, let us proceed with the configuration steps:-

Activation of flow collection can have a significant impact on the performance of the SRX Series device. The smaller the sample rate, the bigger the impact. It is recommended to not use a sampling input rate of 1.

According to juniper performance test data @2011 (reference #3), well it is outdated; however, this is what the best shot we got about the affect of sampling rate on throughput for the SRX series. So, From the digram, we could conclude the following: -

Hence, we do recommend values of 30%-50% sampling rate according to the above table.